I am a self-taught artist who first began drawing when I was old enough to hold a crayon. By the later school grades and into junior High School, my artwork consisted primarily of graphite pencil sketching which I very much enjoyed. However, I wished to add colour to my art as well as start using materials which I perceived, at the time, to be more permanent than pencil on paper(with my limited knowledge, at the time, about paper quality).

In 1981, I was living in Aylmer, Quebec. Just before my 14th birthday, I decided to take up the paint brush and start oil painting, which I enjoyed even more than pencil sketching. By May, 1983, I participated in my first public exhibition with the Aylmer Arts Council at not yet 16 years old. Feeling personally, I was too young and still lacked experience, I waited until 1989 to re-join the Aylmer Arts Council whom I exhibited with until 1994 and sold a few artworks through.

It was during my time with AAC that art gallery owner Gaston Therien saw my artwork and sent me an offer to join his gallery, the Echo Diffusart Gallery, in the Byward Market Building in downtown Ottawa, where I sold artwork, maybe 2 or 3 pieces per year, between 1991 and late 1997, shortly after David, my first child, was born, and the Byward Market Building was closed for renovations. By that time, I had been living on the Ottawa, Ontario side of the river for a couple of years, having bought my house in Bells Corners in 1995. With fatherhood taking up more of my time, I did not seek to return to Echo Diffusart, but chose a quieter venue, closer to home. I exhibited and sold artwork through the Artrise Gallery in Stittsville from 1998 until 2001. My daughter, Alyssa, was born in 2000, so my role as a father took up even more of my time. Between 2001 and October 2003, I was no longer doing enough artwork to be exhibiting, but did a few commissioned artworks. In October, 2003, my twin daughters, Kaylie and Jenna, were born and I took a hiatus from artwork altogether for the next 8 years.

By 2011, I started to paint again and in 2012, I joined the Ottawa West Artists’ Association, where I am a member today. More recently, I have become a member at Art Lending of Ottawa , the Kanata Civic Gallery and the Richmond Village Art Club, making a total of 4 local venues in Ottawa West through which I sell artwork.

Although I am an artist, I also work full time as a field service engineer, with telecom related test and measurement instrumentation at a local technology firm. Another hobby of mine is collecting antiques as well as restoring and repairing antique clocks. 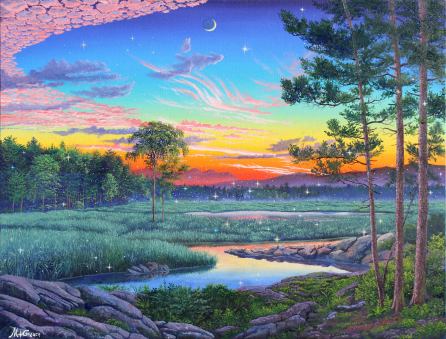 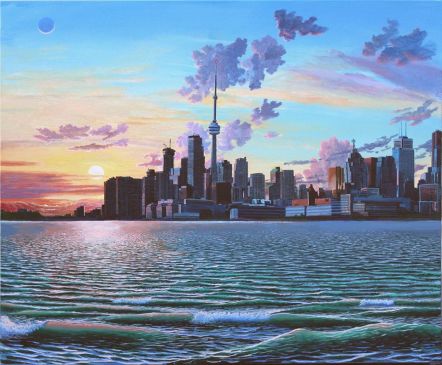 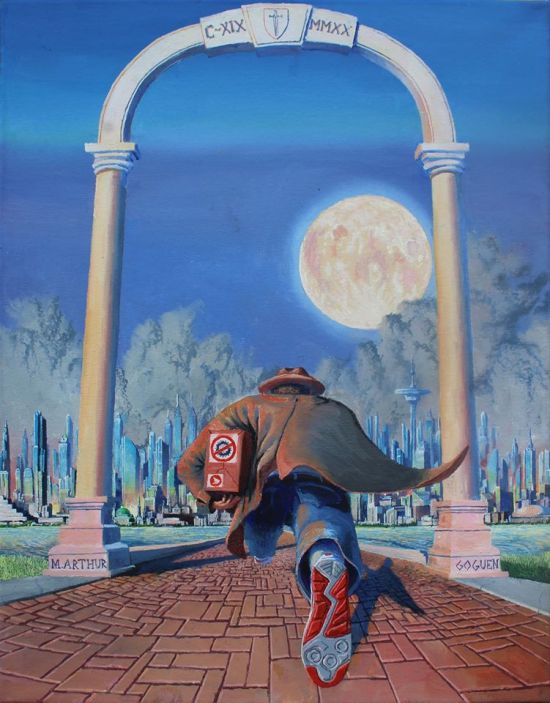